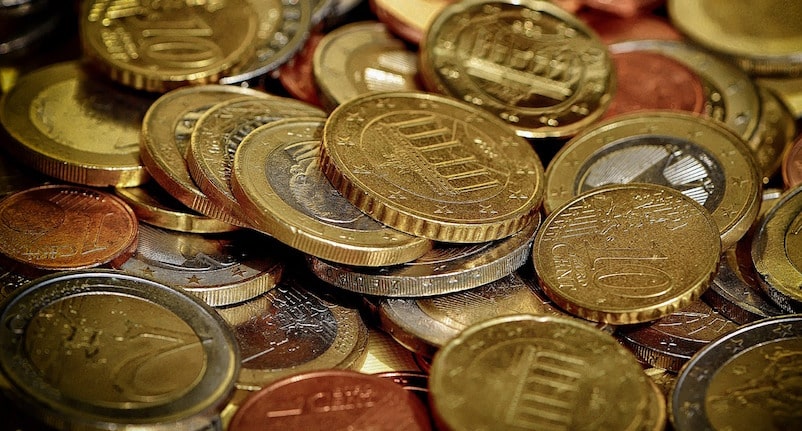 ‘The Hungarian currency is the Forint which abbreviates to ‘HUF‘ (Hungarian Forint) or sometimes ‘Ft‘ (‘Forint’).

The fluctuation of the hungarian currency (Forint) and Euro is is changing from time to time, so it is better to check the conversion rate before changing your money in Budapest:

Find the rate of other currencies (Swiss Franc, CAD, …) compared to the Forint on this link of the Hungarian National Bank.

The exchange offices that provide a service with the currency of your home country are numerous in Budapest: For example you would find an exchange office at the airport, in railway stations and in the city center, as well as in Banks (generally open from Monday to Friday, from 8am to 4pm) that offer money exchange, but for a less favorable rate. However, we do not recommend the exchange offices at the airport with their high rates. Just change a small amount -if needed (exchange office or ATM) for your transfer from the airport to the city center.
There are also some hotels in Budapest that provide money exchange services, but most hotels have high exchange rates. So do not hesitate to compare the different rates and commissions that are offered before buying hungarian currency.

Here is a list of exchange offices in Budapest:

Exchange offices located on the major boulevards in the Pest- city center: 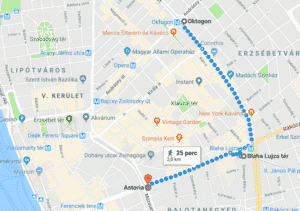 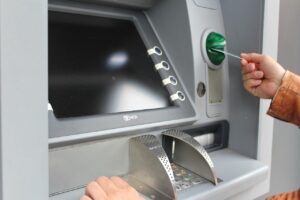 There are many ATMs (for VISA and Mastercard) in Budapest e.g. at the airport, adjacent to banks, shopping centers. A commission is applied to each withdrawal. You can inquire about the fee for transactions abroad at your local bank branch before you arrive in Budapest. Your bank might have a partnership with a hungarian bank,which might serve you some beneficial advantages during your stay in Budapest.

Our advice:
– When you remove money from an ATM, always choose the local currency, Forint.
– Avoid ‘Euronet’ ATMs or ATMs marked ‘EUR-HUF’ with unfavourable exchange rates, of which there are many in Budapest. 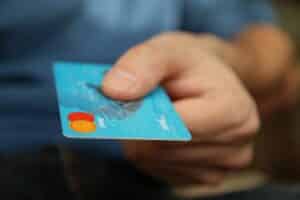 Here are the different Hungarian banknotes and coins of the Hungarian currency: 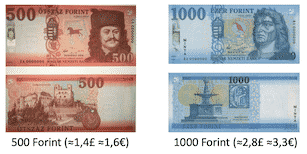 and the different coins in Hungary:

The former 500 Forint banknote pictured below is accepted in stores until end of October, 2019 and the old banknote of 10,000 Forint until December 31, 2019. These old banknotes can still be exchanged for 3 years at post office and at the national bank. (The banknotes that replace them are in those shown previously). 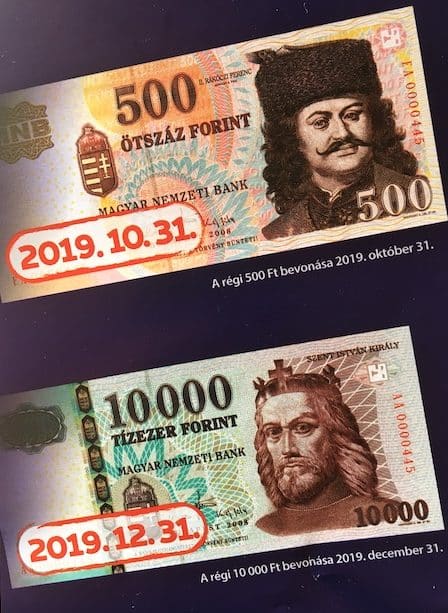 There are still some places in Budapest where you cannot pay in euros, for example some market stalls, small grocery shops and bakeries, some souvenir shops and some very small restaurants and buffets. In theory, since  January 2021, all shops must accept credit cards and mobile payments, but in reality this is not always the case.

However, we recommend that you do not pay in euros in Hungary, as the conversion rates used are very often unfavourable.

The ‘tradition’ in Hungary is to leave a tip, if you are satisfied with service and food:

If you need help prepping for your visit to Budapest, do not hesitate to check out our section ”Preparing your trip to Budapest” and have a look at our recommendations for a stay for 2 days, 3 days or 4 days in Budapest including the most important sightseeing activities and Must Do’s in Budapest! 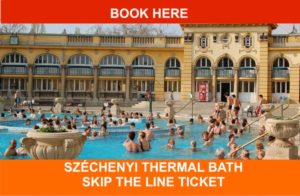 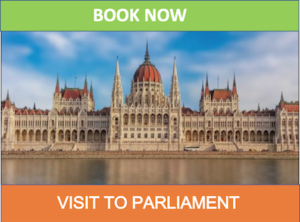 Over the years all our visitors have asked us the same question: what to see in Budapest ?, What to visit in Budapest ? The Hungarian capital...

The Sziget Festival in Budapest has become Europe's biggest music festival. Created in 1993, the 28th edition took place in August of 2022 on the island... 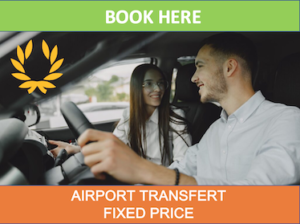 The Hungarian capital has more than 200 hotels and more than 1,000 apartments or rooms for short-term rentals. However, we recommend that you book your...

The Grand Budapest Hotel, where to find it ?

The Grand Budapest Hotel is a film of great renown by director Wes Anderson, released in 2014. The film received awards at the Berlin... 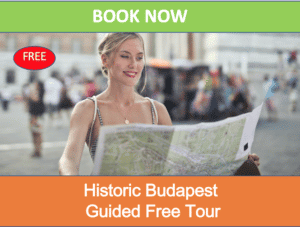 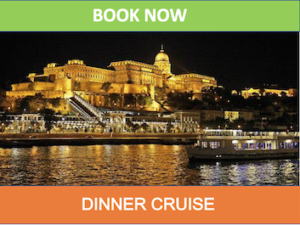